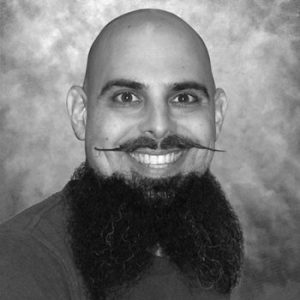 He is a renowned writer for NASA and Forbes, as well as being a published author.

Ethan Siegel was born in New York, got his Ph.D. in theoretical astrophysics from the University of Florida in 2006, and moved to Oregon in 2008, where he became a professor, grew a tremendous beard, and became Portland’s favorite astrophysicist, regularly featured on the KGW news. He has since become a renowned writer for NASA and Forbes, as well as a published author. His work has appeared in publications ranging from ESPN to the Wall Street Journal. His first book, Beyond the Galaxy, is available from World Scientific, and his second book, Treknology, about the real-life science behind the technologies envisioned in Star Trek, has been published by Quarto. With over 3,000 articles behind him and more books and publications in the works, he’s excited to bring the real-life science of the Universe to anyone willing to listen, particularly if it can be done in costume. His goal remains to educate and inspire science and science-fiction enthusiasts all over the world!